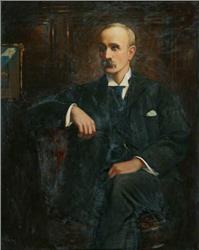 J T Blair’s Charity was established in 1921 following the death of James Thomas Blair. It became a registered charity in 1964 with its charitable purpose being “For the benefit of poor persons (and particularly of the aged poor) in Manchester and Salford in such a way as the trustees consider most advantageous to the recipients.”


James Thomas Blair was from an old Scottish cotton family whose business had come to Manchester under the name of Barbour Brothers, Exporting House. He died on 19th February 1917 at the early age of 54. During his lifetime he lent pictures to the Manchester City Art Gallery Exhibitions and he bequeathed this to the city on his death.


Today the charity undertakes a variety of work to fulfil its charitable purpose, this includes paying pensions to eligible pensioners to assist with their utility bills, and offering grants to any registered charity or voluntary organisation who provide assistance to older people who live within the 32 wards of Manchester or 20 wards of Salford.